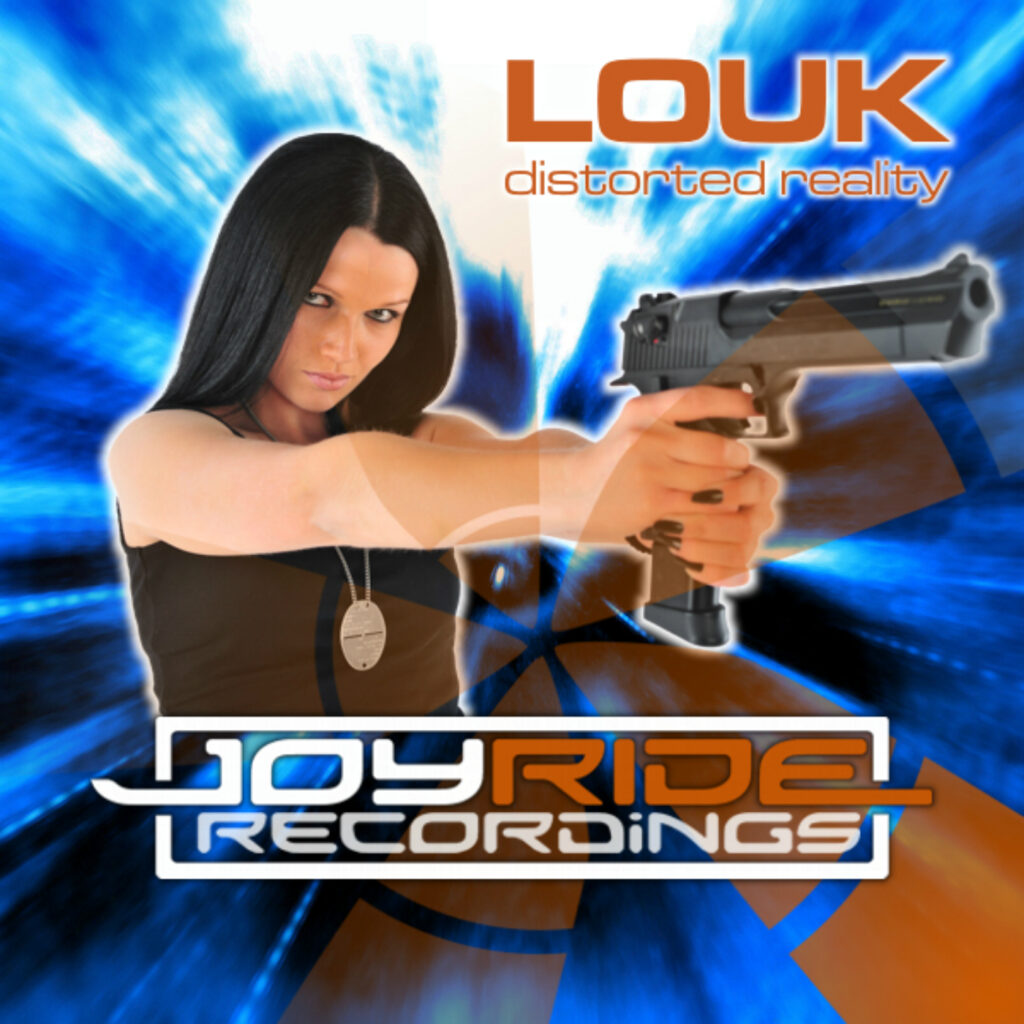 Here for all you Hard Trance fans is a the latest release from UKs Hard Dance maniac LOUK.

Made as part of a Uni Project earlier last year and also as a bit of a tribute to all the old German Trance doing the rounds from years ago DISTORTED REALITY is both uplifting and dark at the same time featuring teutonic influenced kicks and basses and some acid on the go. Louk has DJ’d internationally last year at Defqon1 and Q-Base festivals and produces European Hard Trance and Techno for many leading labels. This isn’t his first release on Joyride as he has also remixed DJ Sylas‘ „Final Riot“ and Carl Cosby’s „Vivid“ and is one half of Stew Ewens & Louk, who released the Above & Beyond playlisted „Bad Habit“ last year.

On remix duties, first up is Holland’s JIM JUSTICE, fresh from his work for Expand Digital. He took the original and included some Techno influenced percussion and layer upon layer of finely crafted synthwork available in two different tempis to choose from. The second remix comes from one of the brightest talents to come out of the UK at the moment: DJ MEDOWZ is a guy from Taunton whose productions „Black Magic“ have been signed to German Trance and „After Hours Club“ is forthcoming on Deep Pacific. He delivers a hard and uplifting belter with all the elements in the right place!