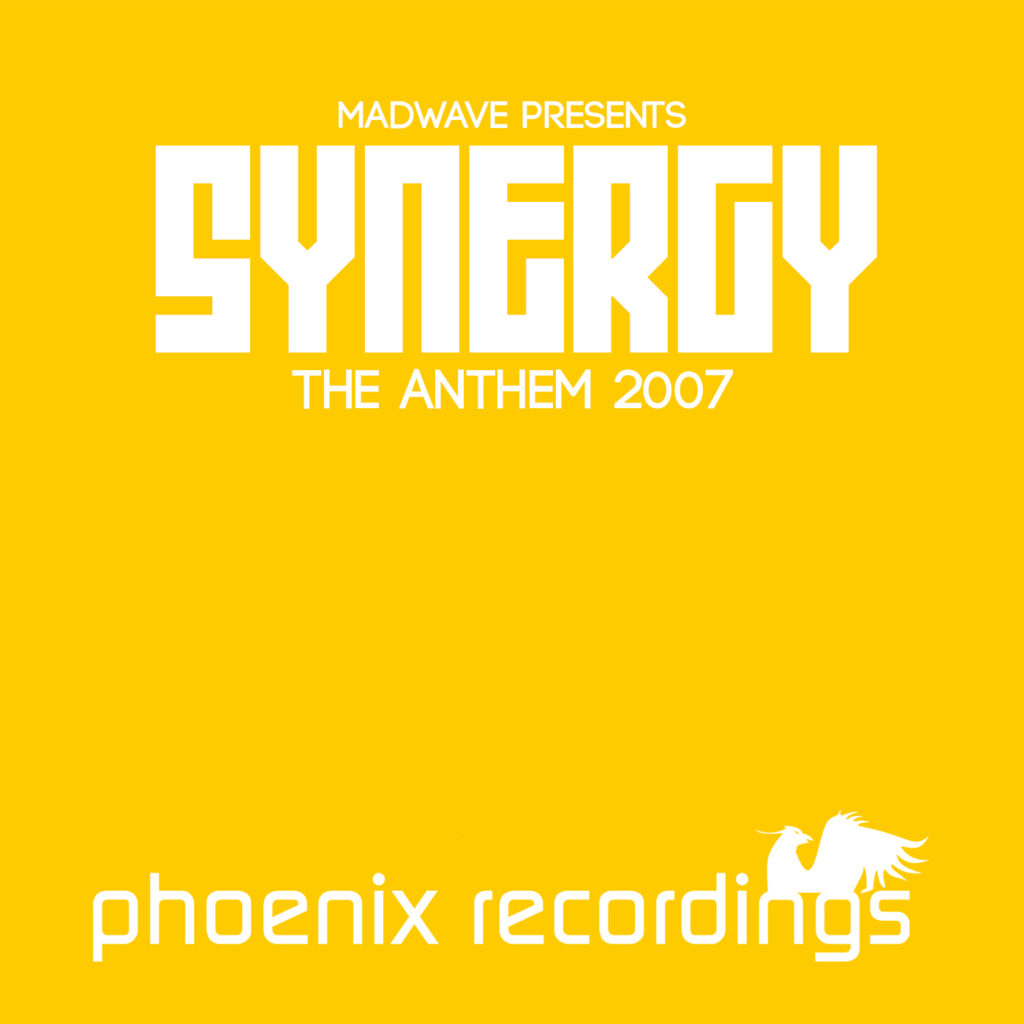 ⚠️ Original release date: 2007 ⚠️ The Year 2007 marks a fitting celebration for Swiss based artist MADWAVE. His 10th anniversary as a DJ comes with his newest mix-compilation called Synergy Vol. 1 which was mixed and released together with Dave Joy and featured as CD OF THE MONTH as reviewed in the Mixmag September 2007 edition.

In 2001, Madwave was responsible for mixing the official Street Parade Live compilation, which sold more than 14’000 copies. He has also mixed numerous other compilations, including two editions of the “DJ@WORK” series as well as the CDs Shiva, Trance.com and Magic Kingdom.

The debut release on the newly created label Phoenix Recordings took off at the end of 2006 and the track „Synergy (The Anthem 2006)“ gained a lot of success and support from the likes of DJ Shog, DJ Dean and Gary D. who included the track in their respective CD compilations.

The follow-up SYNERGY (THE ANTHEM 2007), which is the title track of his above mentioned CD, includes the original version, a Vocal and Dub Radio Mix accompanied by Dutch superstar Jesselyn, who provides a Tech-Trance remix just like her other productions and remixes she previously released on labels such as Silicon Records and DJ Spoke’s Progressive State Records. Her major hits Omnia and Tonka reached top positions on all keyplayer’s charts and playlists.

Fischer & Miethig and Rezwan Khan – From Munich to New York